In jah’s Hands: On the Road to Zion 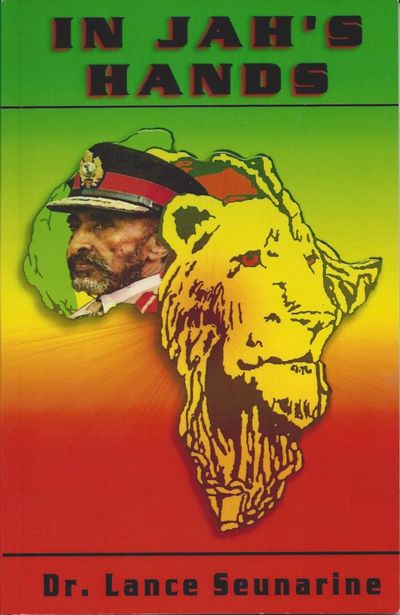 by Seunarine, Lance
Port Ewen, NY: Trican Books, 2009. Paperback. Very Good +. Port Ewen, NY: Trican Books, 2009. Very Good +. Glossy wraps, 13.7 by 21 cm, 147 pp., illus. Very good with only faint shelf wear to the wraps. Inscribed and signed by the author on the half-title page. From the back cover: “Some non Rasta believe that Rastafari "has lost its light." There have been attempts to blind side we but Rasta have expectedly known that there will always be those who think they know us better than we know ourselves. Some have even attempted to create their own brand of Rastafari calling it Christafari resulting in confusion within some camps. For potential new wannabees to overstand (understand) the fundamentals of Rastafari, so called prophets of doom have bombarded the cyberspace and have published their cacophony rampantly adding to the mass confusion/hysteria. Nevertheless, from this invasion, Rasta will build a tower towards the heaven and in it spread their message as they overcome the evils and frustrations of Babylon. One thing in certain, they cannot drive us away anymore.... ‘The people themselves must come to realize their own difficulties in the development of their communities and try to solve them by collective participation, following an order of priority and taking their potentiality into account. It is well known to you all that recognizing one's problems and striving hard to challenge them is a mark of an attempt at self - sufficiency.’ The Conquering Lion of Judah, Haile Selassie I, 1963.” (Inventory #: 1584)
$15.00 add to cart Available from Bay Leaf Books
Share this item