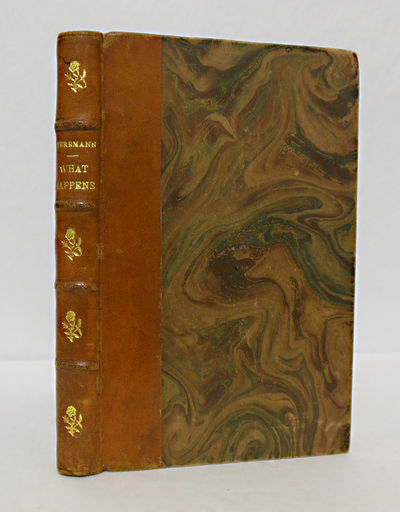 by Herrmann, John
[Paris: Contact Editions, 1926. Contemporary French half calf, raised bands, spine gilt extra, and marbled boards. Binding a bit rubbed at extremities, bound without wrappers, but a very good copy. First edition of the author's first book, a product of his years as a Paris expatriate, in company with Josephine Herbst, his future wife, prior to his deeper involvement with radical politics at home. Like a number of Contact imprints, this title ran afoul of US customs when copies were imported. In this case, an actual jury trial took place in a NYC court, where a verdict was handed down against the book and a number of confiscated copies were ordered destroyed. Herrmann's career as a novelist stalled when, as a consequence of the FBI investigation of Alger Hiss and its context, he and his second wife emigrated to Mexico, where he would live until his death in 1959. (Inventory #: WRCLIT75378)
$650.00 add to cart or Buy Direct from
William Reese Co. - Literature
Share this item

New York : Published by Liberator Publishing Co , 1919
(click for more details about THE LIBERATOR)
View all from this seller>