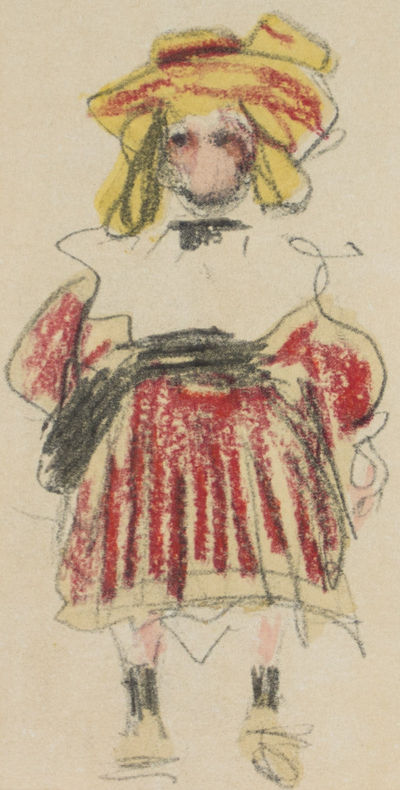 by Picasso, Pablo (Illustrations by); Rosa Subirana (Introduction by)
Barcelona: Gustavo Gili, 1972. Limited edition. Hardcover. g to vg. 1/1000. Oblong octavo. 87, [3]pp (Text volume). Original glassine over printed dust-jacket and blind wrappers (Text volume). Original full beige cloth (Sketchbook). Books housed in their original green box, with title laid on front board. Splendid facsimile of an early Picasso sketchbook bound in beige cloth, accompanied by a softcover monograph with text in Spanish, French and English. The sketchbook reproduced in facsimile is one of the 17 small original sketchbooks that Pablo Picasso donated to the Museo Picasso in Barcelona. In spite of the initial difficulty in dating the sketchbook, seeing as there were no indications as to when the drawings were done, it has finally been possible to place them at the end of 1900, thanks to the help of Picasso himself, who places their execution at the time of his first trip to Paris. On the pages of the album a view of the surrounding reality was shaped: thirty characters of different ages and sexes, belonging to different social strata. This series of drawings was done in the streets and parks of Paris. One of 1,000 copies of which this is No. 836. Minor shelf wear, soiling and rubbing to box. Text in Spanish, French and English. Box in overall good+, binding, wrappers and interior in very good condition. (Inventory #: 40267)
$500.00 add to cart or Buy Direct from
Eric Chaim Kline Bookseller
Share this item