Travels through Italy. Containing New and curious Obfervations on that Country; particularly The Grand duchy of Tuscany; the Ecclesiastical State, or the Dominions of the Pope; The Kingdom of Naples; The Republic of Venice and Genoa; and Other Italian Sta 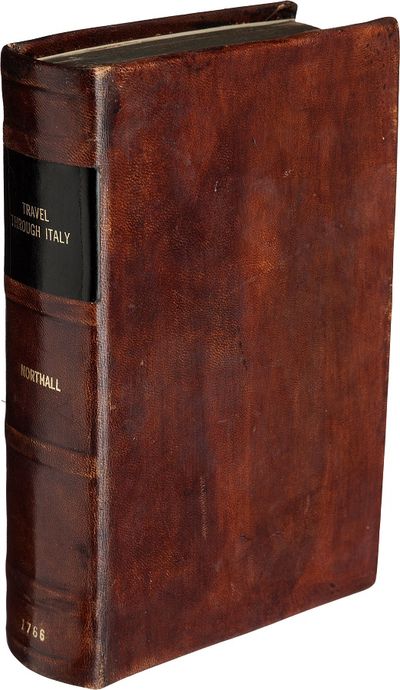 John Northall (1723?-1759), army officer and travel writer, "entered the service as a gentleman cadet in the Royal Regiment of Artillery on 1 July 1741 and was promoted to lieutenant fireworker on 1 April 1742. He served under Thomas Pattison with the Royal Artillery in Flanders in 1742, and was promoted second lieutenant on 1 April 1744. He was at the battle of Fontenoy on 11 May 1745, and became first lieutenant on 3 October 1745, captain-lieutenant on 24 March 1752, and captain on 1 October 1755. In February 1752 he went to Minorca, and thence to Livorno. He was recorded in Capua on 1 April 1752. Instead of making the usual tour of Italy, he visited the principal cities of Tuscany and, after a cursory visit to Rome, went to Naples. Then, after a more lengthened stay in Rome, he went to Loreto, Bologna, Venice, Mantua, Parma, Modena, and returned to Livorno, whence he sailed for Genoa. From Genoa he went by sea to Villafranca, and on by land to Marseilles. He died in 1759. An account of his Italian tour was published posthumously in July 1766, Travels through Italy; Containing New and Curious Observations on that Country, but the work has been criticized as following closely J. G. Keysler's Travels (1740; Eng. trans. 1756)." [Oxford DNB]