Some thoughts on Hitler and other essays 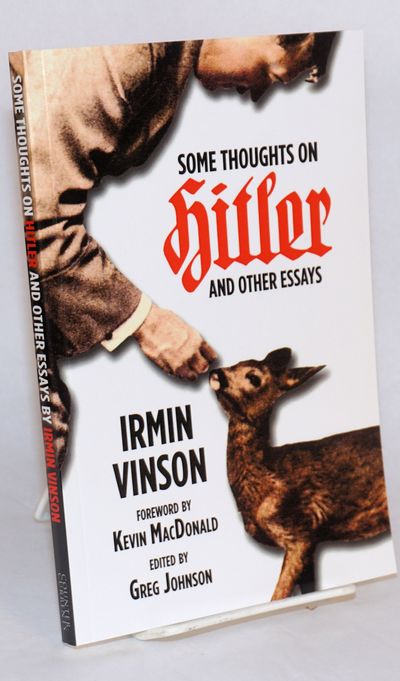 by Vinson, Irmin
San Francisco: Counter-Currents Publishing, 2012. Paperback. xii+178p., pictorial wraps, 6x9 inches, New. From the back cover: "Vinson explains how the organized Jewish community uses the memory of Adolf Hitler and the Holocaust as weapons to stigmatize the patriotism and ethnic pride not just of Germans, but of all whites, including those who fought against Hitler. (Inventory #: 202305)
$24.00 add to cart or Buy Direct from Bolerium Books
Share this item