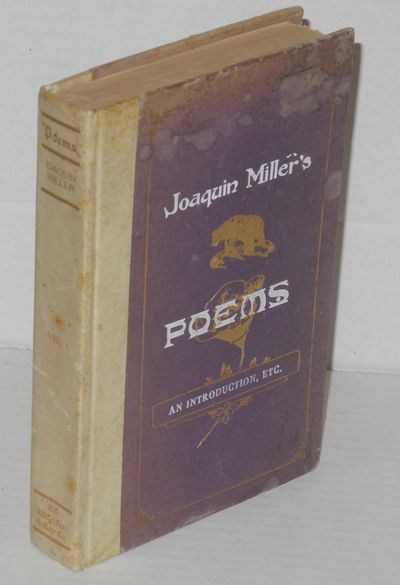 by Miller, Joaquin
San Francisco: The Whitaker & Ray Co, 1919. Hardcover. vii, 236p., frontis, introduction, essays, criticism, some poetry, first edition in quarter vellum over lavender boards, gilt decorations and titles, ownership names on endpapers, some offsetting at endpapers as well, boards are worn and dampstained, fair to good-only. Volume one only of a six-volume set. This contains mostly introductory & critical material with some memoirs etc., and a few verses at the tail-end. (Inventory #: 203553)
$15.00 add to cart or Buy Direct from Bolerium Books
Share this item