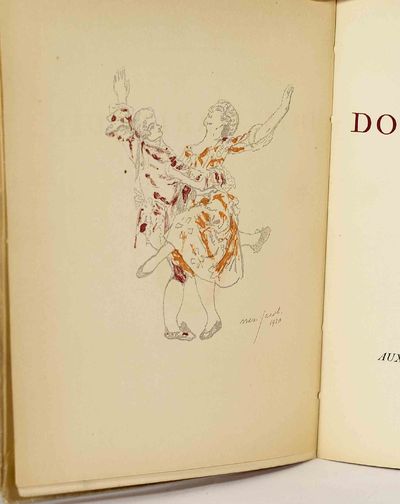 Max Jacob’s influence on modern French poetry was profound, and his modernist lyrical verse is still widely read. He played a decisive role in the new directions of modern poetry during the early part of the 20th century. He influenced many of his contemporaries and toward the end of his life was surrounded by a devoted group of younger and older artists. He was also an accomplished artist as could be attested to by his friend Pablo Picasso. (Inventory #: 1292)
$850.00 add to cart Available from Golden Legend
Share this item
Golden Legend, Inc.
Offered by