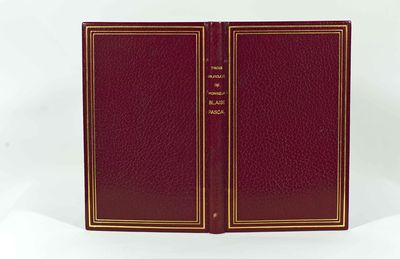 The essays by Pascal with decorations by Louis Jou and a new typeface set by atelier du Vieux Colombier.

Provenance: Jean Louis Barthou was a French politician of the Third Republic who served as Prime Minister of France for eight months in 1913. Born: August 25, 1862, Oloron-Sainte-Marie, France Assassinated: October 9, 1934 during his duties as Foreign Minister. (Inventory #: 1294)
$1,500.00 add to cart Available from Golden Legend
Share this item
Golden Legend, Inc.
Offered by