Brewster Booster [four issues of the mimeographed newsletter published aboard the General A. W. Brewster during the Korean War] 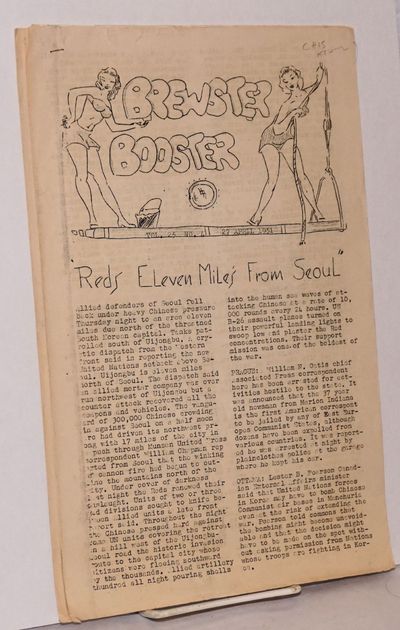 the newsletter, 1951. Four issues, each mimeographed on 8x13 inch sheets, 4 to 6 pages each, mild handling wear, occasional closed edge tears. Issues present are vol. 25 nos. 4-7 (April 27-30, 1951). Newsletter with world news briefs, especially updates on the Korean War at a time when Chinese troops were closing in on Seoul, plus contributions by sailors on the ship and cartoons, published on board the ship during one of its many voyages. The AW Brewster made many voyages to Korea and Japan during the war, carrying more than 67,000 troops. (Inventory #: 204982)
$40.00 add to cart or Buy Direct from Bolerium Books
Share this item