Amahl and the Night Visitors Opera in One Act Words and Music by Gian-Carlo Menotti. [Piano-vocal score] 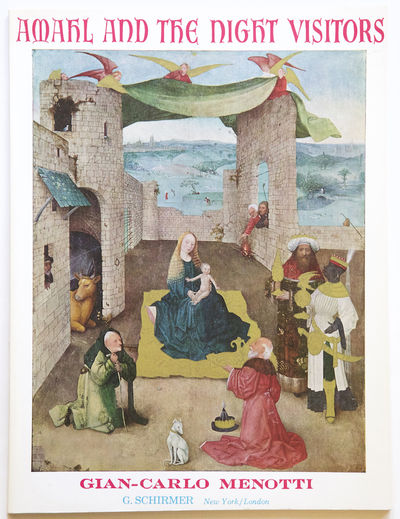 "Amahl and the Night Visitors, commissioned by NBC, was the first opera written expressly for American television. In writing it, Menotti was influenced by The Adoration of the Magi of Hieronymus Bosch. The work was first televised on Christmas Eve 1951 and has been broadcast annually. The roles, particularly the main part for boy soprano, are skilfully conceived so that they can be performed by amateurs. The charm and clear diatonicism of the work have helped to make it one of the most frequently performed operas of the 20th century." Bruce Archibald and Jennifer Barnes in Grove Music Online. (Inventory #: 27484)
$66.00 add to cart or Buy Direct from
J. & J. Lubrano Music Antiquarians
Share this item