Lady Arabella: or The Adventures of a Doll 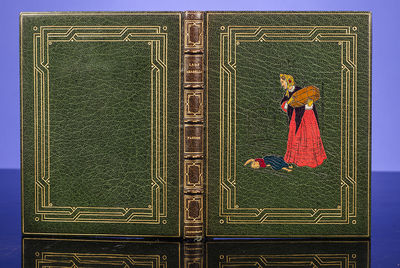 Julia Pardoe (1806-1862), was an English poet, novelist, historian and traveler. She was born at Beverley, Yorkshire, and showed an early interest in literature. She became a prolific and versatile writer, producing in addition to her lively and well-written novels many books on travel, and others dealing with historical subjects. She was a keen observer, and her travel to the East gave her an accurate and deep knowledge of the peoples and manners of the East. To modern readers she is probably best known for her books on her travels in Turkey, which are some of the earliest works by a woman on this area. In 1836 she traveled to Constantinople with her father, Major Thomas Pardoe. This voyage inspired her book The City of the Sultan (1836). Later she collaborated with the artist William Henry Bartlett to produce The Beauties of the Bosphorus (1839), an illustrated account of Constantinople. Lady Arabella; or The Adventures of a Doll would appear to have been her only children's book.

George Cruikshank (1792-1878) was a British caricaturist and book illustrator, praised as the "modern Hogarth" during his life. His book illustrations for his friend Charles Dickens, and many other authors, reached an international audience. (Inventory #: 03963)
$2,850.00 add to cart or Buy Direct from
David Brass Rare Books
Share this item

London: Printed for J. Brindley, 1751
(click for more details about Faerie Queene, The. With an exact Collation of the Two Original Editions, Published by Himself at London in Quarto; the Former containing the first Three Books printed in 1590, and the Latter the Six Books in 1596)
View all from this seller>