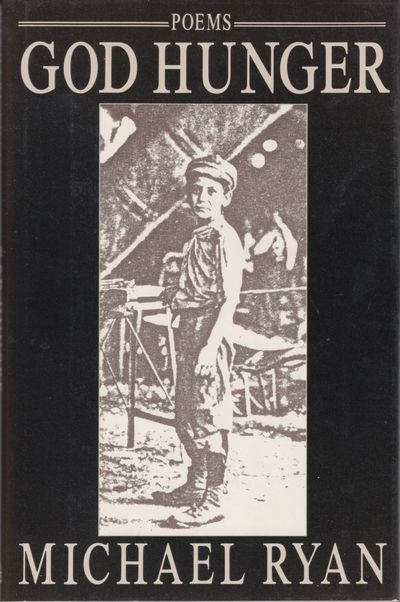 by Ryan, Michael
New York: Viking, 1989. Hardcover. Fine/Fine. Hardcover. First edition. Review copy with the following laid in: review slip, photograph, and a publisher's announcement printing the author's poem "Fire" on the verso. Blurbs by Robert Pinsky, Stanley Kunitz. "The 'God Hunger' of Michael Ryan's title is the unfillable craving people feel for some generosity or meaning beyond the circumstances of the self. Repeatedly, the book's artful lines and stanzas define those circumstances, sometimes in gace, sometimes in failure: humdrum courage of a children's hospice; an old woman streching her palms to the sun; the patterns of failed love recurring nightmarishly like the offshoots of the spider plant; etc." (jacket). Fine in grey paper covered boards with white linen spine titled in red. In fine black dust jacket titled in grey. 78 pages. POE/101416. (Inventory #: 29964)
$45.00 add to cart or Buy Direct from
Kelmscott Bookshop
Share this item