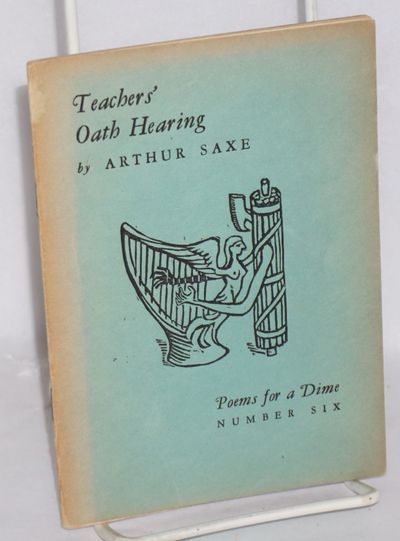 by Saxe, Arthur
Boston: Printed in the U.S.A. on the private press of friend of the Socialist Party, 1937. Pamphlet. [20p.], stapled wraps, wraps faded on the edges else very good condition, 4.5x6.25 inches, linoleum cut by Fairfield Porter. Satirical poetry; one starts, "I, William Randolph Hearst, garbage man.." Poems for a dime, no. 6. Vanguard verse, occasional rebel poetry publications. Published and edited by the Trotskyists John Wheelwright and Sherry Mangan. (Inventory #: 210199)
$75.00 add to cart or Buy Direct from Bolerium Books
Share this item