VIEWS OF THE PUBLIC DEBT, RECEIPTS, & EXPENDITURES OF THE UNITED STATE 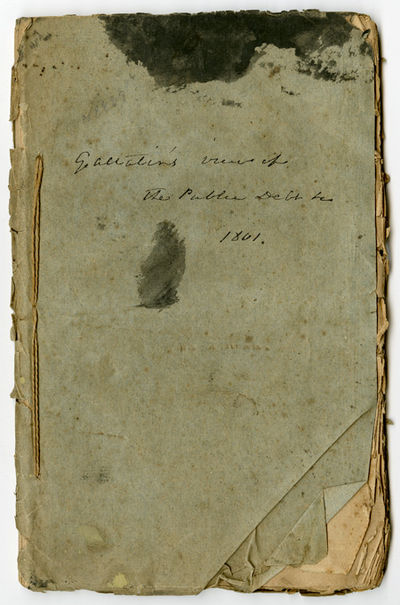 by Gallatin, Albert
Philadelphia: Mathew Carey, 1801. 72,[5]pp. Contemporary plain wrappers, sewn, contemporary manuscript title on front wrapper. Wrappers chipped, foxed, with a bit of staining. A few leaves lightly creased, mild occasional foxing, minor stain to top edge. Overall very good. Unopened and untrimmed. Noted as the "second edition" on the titlepage, after the first of the same year. Gallatin wrote this pamphlet just as he was entering the office of Secretary of the Treasury, a post he held until 1813, the longest tenure of any Secretary. This work lays out the path he intended to follow, which he succeeded in doing, at least until the embargo and the War of 1812 upset his plans. A penciled note on the titlepage identifies this copy from the library of Richard Alsop, a federal era Connecticut writer and anti-Jeffersonian contributor to the ECHO. SHAW & SHOEMAKER 553. SABIN 26399 (Inventory #: WRCAM52296)
$300.00 add to cart or Buy Direct from
William Reese Co. - Americana
Share this item