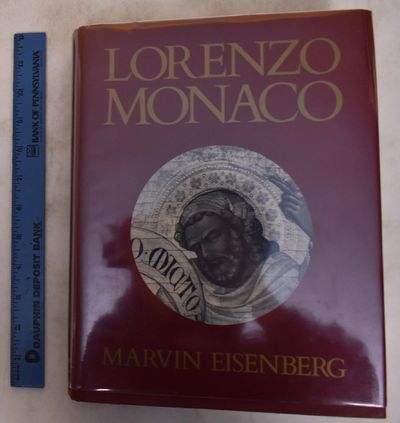 by Eisenberg, Marvin
Princeton, NJ: Princeton University Press, 1989. Hardcover. VG-/VG (library stamp on upper block edge, library label on front flyleaf, corners slightly bumped but otherwise interior is very good.). Maroon cloth with gilt lettering on spine, maroon dust jacket with bw illustration and gilt lettering, mylar cover, xxii, 243 pp. [187] pp of plates. The study of Lorenzo Monaco, the Camaldolese monk who was the preeminent Florentine painter during two decades before the advent of Masaccio and Fra Angelico. His earliest panels and miniatures, of the 1390s, reflect various stylistic trends in later fourteenth-century Florentine painting and sculpture; in his maturity he assimilated elements of the International Style into an essentially Tuscan idiom; the final works, from the early 1420s, convey a degree of recognitiion of the emergent Renaissance. (Inventory #: 19012)
$60.00 add to cart or Buy Direct from Mullen Books
Share this item