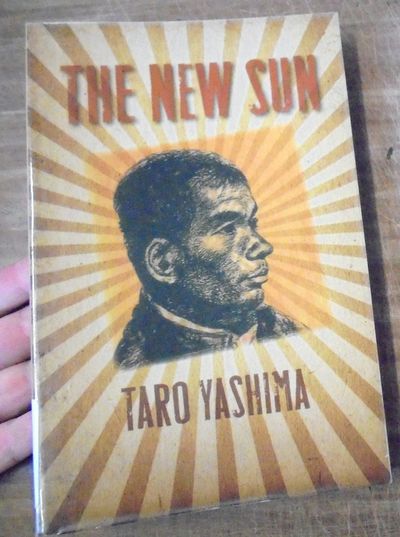 by Yashima, Taro
Honolulu: University of Hawai'i Press, 2008. Softcover. Fine but art school ex-lib. copy with usual marks.. Beige/color-illus. wraps. xxxiv + 310 pp., full of bw illus. In 1939 the painter Iwamatsu Jun (1908-1994) and his artist wife, Tomoe, arrived in the U.S. as political refugees. During World War II, Iwamatsu used his artistic talents for the U.S. war effort, and he adopted a pseudonym, Taro Yashima, to protect his young son, whom he left behind in Japan. The New Sun, which was published in the U.S. in 1943, is an account of his life in prewar Japan. In its depiction of ordinary Japanese, The New Sun is both an indictment of Japanese militarism and a plea for American understanding of "the enemy." Told mainly though Yashima's powerful artwork, it is a personal and political text of a rural doctor's son who becomes an anti-imperialist artist-activist. Yashima recounts how his wife and their peers were imprisoned and brutalized by the Tokkoka, Japan's secret police, often for months without being formally charged or knowing when they would be released. Despite the arbitrary deprivations and cruelties of life in prison and in Imperial Japan, Yashima retains faith in the regenerative possibilities of art and in a future without tyranny. This work of quiet conscience and protest is now as relevant as when it first appeared more than sixty years ago. (Inventory #: 157684)
$40.00 add to cart or Buy Direct from Mullen Books
Share this item