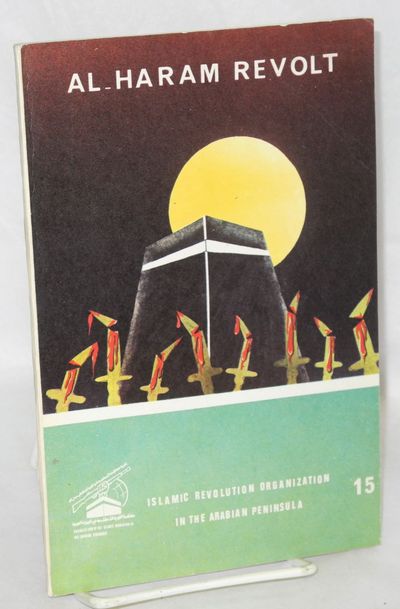 by Organization for the Islamic Revolution in the Arabian Peninsula
n.p.: OIR-AP, 1981. 111p., very good in four-color pictorial wraps that show the Kaaba surrounded by bleeding weaponry. An account of the 1979 seizure of the Grand Mosque in Mecca by the Shiite revolutionary group. In the operation, militants who declared that the Mahdi had appeared as a sign of Judgment Day took over the mosque, calling for the cutoff of oil exports to the United States and the expulsion of all foreign civilian and military experts from the Arabian Peninsula. After their forceful eviction, dozens of the rebels were publicly beheaded. In this book the OIR praises the action, accusing the Saudi government of smearing the insurgents and misrepresenting their ideology, and outlines its own grievances against the Saudi rulers. (Inventory #: 211164)
$75.00 add to cart or Buy Direct from Bolerium Books
Share this item