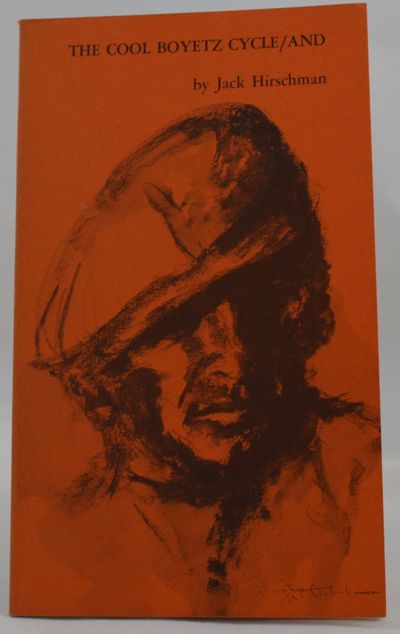 by Hirschman, Jack
12mo (7 x 4 1/2 inches; 178 x 107 mm), [36] unnumbered pages, in illustrated orange wrappers.
INSCRIBED by Jack Hirschman on the inside front cover: "For -- / with my warmest / good wishes / Ever, / Jack" and dated October 1975. A small poetry chapbook, interspersed with calligraphy by Paul Yee as well as expressions that sound like Chinese fortune cookies, such as "It is easier to run down a hill than up one." Cover by artist Kristen Wetterhahn.

Hirschman, a prolific poet, social activist, and longtime San Francisco resident, died in August 2021 at age 87. Hirschman, Wetterhahn, and poet Jack Mueller (d. 2017) formed the Union of Street Poets in December 1978. The group made photocopies of poems in editions of 100 copies, which they gave to fellow poets and artists as well as the general public.