Eloisa Amezcua is the Associate Director of the ABAA. 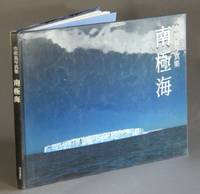 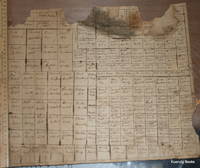 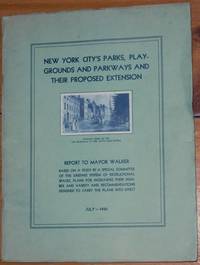 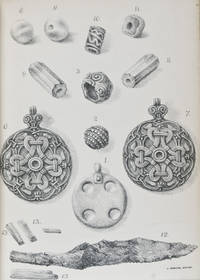 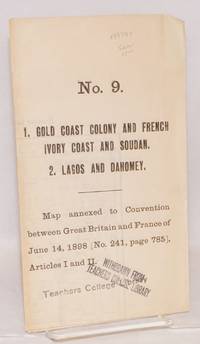 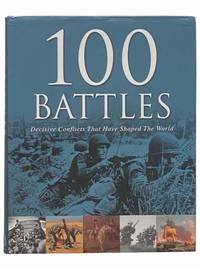 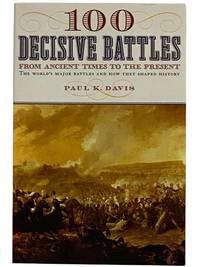 100 Decisive Battles: From Ancient Times to the Present 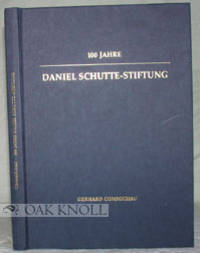 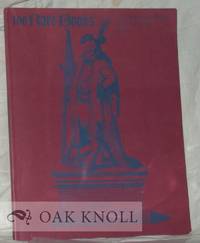 Join us for some Virtual Book Fair fun!

The Antiquarian Booksellers' Association of America will host a Virtual Book Fair Scavenger Hunt via Facebook on November 13th and 14th. Enter for your chance to win a $500 gift certificate!

Browse through the thousands of items shown on the Boston Virtual Book Fair website in search of the best and most creative answers to all five items on the Scavenger Hunt List! To enter, head to the ABAA Facebook page, and post:

SCAVENGER HUNT LIST
1. Find an item with a connection to something on television
2. Find a book description that passes the book equivalent of the Bechdel test (no mention of a man anywhere in the description)
3. Find a printed book issued in an edition of fewer than 50 copies
4. Find an image of someone (or something) making a bad decision
5. Find an item inscribed or annotated by an author with at least 20 words
BONUS: Post your favorite item in the fair!

No purchase is necessary to enter or win, and purchases will not increase your chances of winning. This contest is in no way sponsored, endorsed, administered, or associated with Facebook, and is void where prohibited.

1. CONTEST PERIOD
The Contest begins on November 13, 2020, at 11:00 a.m. Eastern Standard time and ends on November 14, 2020, at 7:00 p.m. Eastern Standard time. These are the hours the Boston Virtual Book Fair (the "Event") will be open to the public. Entries that are submitted before or after the Contest Period will be disqualified. Submissions will be accepted for the duration of the Contest using the following method:

2. HOW TO ENTER
Limit one (1) entry per person. Entries received from any person (even through different accounts) in excess of the stated limitation will be void. All entries become property of Sponsor and will not be acknowledged or returned.

Questions will be posted on the Sponsor's Facebook page about items shown on the Boston Virtual Book Fair website. Contestants will post their answers on Facebook tagging the ABAA (@ABAARareBooks) and using the hashtag #bvbfhunt.

The answers MUST include a link to the items the contestant chose as an answer. Questions asking for an explanation must also be answered with a text explanation. If the contestant makes an error in their original response, they may correct it by replying to their initial comment with supplemental information.

Exhibitors at the Event may enter, but are ineligible to win the prize.

Following the end of the Contest Period, staff and volunteers of the Sponsor will judge the contest entries for accuracy and cleverness. Only one entry will be selected to win the prize. A second-place winner will be chosen in case the Sponsor is unable to contact the winner.

The Sponsor will notify the winner within three (3) days of the end of the Contest. Notification will be by replying to the winning comments with a note that the contestants should check their Direct Messages (DM). Sponsor will DM the winning contestants who will have five (5) days to respond. After five days if the Sponsor is unable to contact the winner, the winning entry will be disqualified and the second-place winner will be awarded the prize. If the Sponsor is unable to contact the second-place winner, no prize will be awarded.

4. PRIZES
The prize is a $500 gift certificate that may be used for items listed for sale at ABAA.org or with any member of the ABAA. Purchases using the gift certificate must be coordinated through the ABAA. Gift certificates will be valid for one year from the date of issue and are not redeemable in cash, except as provided by applicable law.

5. ELIGIBILITY
The Antiquarian Booksellers' Association of America Virtual Book Fair Scavenger Hunt (the "Contest") is open to legal residents of the fifty (50) United States and the District of Columbia who are at least eighteen (18) years old at the time of entry. Employees of the Antiquarian Booksellers' Association of America (ABAA) and other companies associated with the promotion of the Contest, and their respective parents, subsidiaries, affiliates and advertising and promotion agencies as well as the immediate family (spouse, parents, siblings, and children) and household members of such employees are not eligible. The contest is subject to federal, state, and local laws and regulations.

9. RELEASE AND LIMITATIONS OF LIABILITY OF SPONSOR AND FACEBOOK
By participating in the Contest, entrants agree to release and hold harmless the Sponsor and Facebook, and each of their respective parents, subsidiaries, affiliates, advertising and promotion agencies, other companies associated with the Contest (including the social media platforms it is hosted on), and each of their respective officers, directors, employees, shareholders, representatives, and agents (the "Released Parties") form and against any claim or cause of action arising out of participation in the Contest or receipt or use of the prize, including but not limited to: (a) any technical, networking, Internet access, or computer errors associated with the Contest; (b) unauthorized human intervention in the contest; (c) mechanical, network, electronic, computer, human, printing, or typographical errors; (d) any other errors or problems in connection with the Contest, including, without limitation, errors that may occur in the administration of the Contest, the announcement of the winner(s), the cancellation or postponement of the event; or (e) injury, death, losses or damages of any kind, to persons or property which may be caused, directly or indirectly, in whole or in part, from entrants' participation in the Contest or acceptance, receipt, or misuse of the prize (including any travel or activity related thereto). Entrant further agrees that in any cause of action, the Released Parties' liability will be limited to the cost of entering and participating in the Contest, and in no event shall the entrant be entitled to receive attorney's fees. Released Parties are also not responsible for any incorrect or inaccurate information, whether caused by site users, tampering, hacking, or by any equipment or programming associated with or utilized in the Contest. Entrant waives the right to claim any damages whatsoever, including, but not limited to, punitive, consequential, direct, or indirect damages.

10. DISPUTES
Except where prohibited, each entrant agrees that any and all disputes, claims, and causes of action arising out of, or connected with, the Contest or any prize awarded shall be resolved individually, without resort to any form of class action, and exclusively by the appropriate court located in New York. All issues and questions concerning the construction, validity, interpretation, and enforceability of these Official Rules, entrants' rights and obligations, or the rights and obligation of the Sponsor in connection with the Contest, shall be governed by, and construed in accordance with, the law of New York.

11. PRIVACY
Information collected from entrants is subject to Sponsor's privacy policy, except that the winners will be publicly announced on social media and other Sponsor venues. Sponsor will work with the winners to address privacy concerns while complying with applicable laws about the publication of winners of contests.

The following list of items were stolen from a post office in the Sellwood district of Portland, Oregon during a break-in on Saturday, April 30, 2022. The books had been enroute to a Portland book dea... [more about Conceptual Art Books Stolen in Portland, OR]