A National Scavenger Hunt for 32 Books 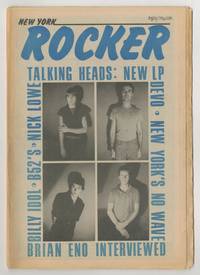 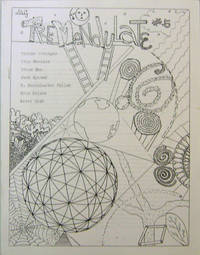 No Place : Privately Printed , No Date
offered by Derringer Books 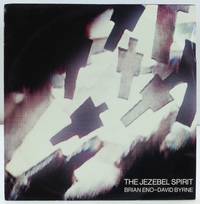 by Brian Eno and David Byrne

England : E.G. Records , 1981
offered by Between the Covers Rare Books

Book collectors and fans of experimental musician and artist Bill Drummond (The KLF, The Justified Ancients of Mu Mu) are engaged in a fascinating scavenger hunt for 32 copies of a limited-edition book hidden around Ireland.

Among Drummond’s many, many projects is The Curfew Tower, a 19th-century tower originally built as a jail in the town of Cushendall in Country Antrim, Northern Ireland. Drummond owns the tower and has run it as an artist’s residency since 1999. He originally purchased the tower intending to use it to house the one and only copy of his book Bad Wisdom; intending that would-be readers would need to travel to the tower in order to read the book as a sort of secular pilgrimage. That project was eventually published more traditionally by Penguin Putnam in the UK, so Drummond had to find another use for his tower.

In 2015, Drummond published a book compiled from the work of the artists who lived in the Curfew Tower during 2014, The Curfew Tower is Many Things. It was published in a limited edition of 1000 copies by Drummond’s press, The Penkiln Burn, most of which were distributed to the various stakeholders in the project, while 250 copies were sold to the public. Drummond initially reserved almost one third of the print run to be distributed anonymously by leaving the copies “randomly in bars and cafes across the island of Ireland” over a period of years. It's not known whether the 32 copies he hid around Ireland are the last available copies, but as the book has long been sold out, they could be.

In June of this year, Drummond and his collaborator, Irish poet Stephen Sexton, hid one copy in each of the 32 counties of Ireland and Northern Ireland, sparking intense interest among fans and collectors. One of these collectors is Stephen Rennicks, an artist living in Co. Sligo (and, full-disclosure, my brother), who is attempting to compile a master list of these 32 copies as (or even if) they are found. Each copy is unique as Stephen Sexton added a different handwritten poem to each of the 32 copies.

One 13-year-old fan in England has tracked down three copies so far! Stephen Rennicks found the copy in his home county after listening to a BBC radio program about the book broadcast in August 2017, and a couple of other copies have been found. Given the scant details of where some of the copies were left (“a man with a parrot, Co. Monaghan”; “B&B, Co. Mayo”) this may be a literary scavenger hunt that runs for quite some time…