Reader, specializing in Twentieth Century and contemporary fiction. Committed to spreading an infectious passion for literature, language, and stories. Currently emplyed by ABAA firm Books Tell You Why, Inc. 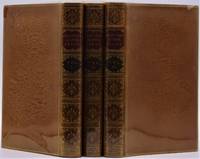 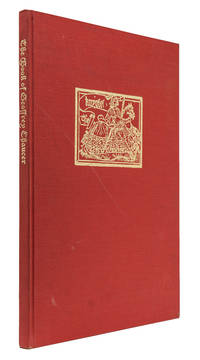 [San Francisco] : [Designed and printed by Lawton Kennedy] for The Book Club of California , 1963
offered by James Cummins Bookseller 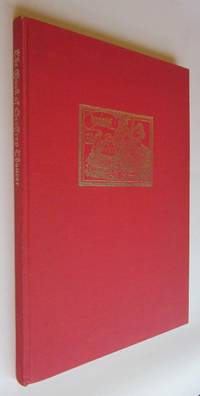 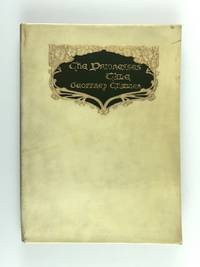 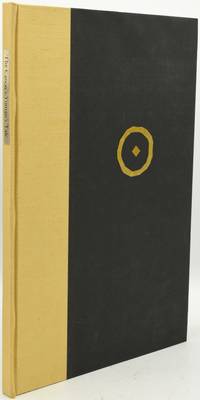 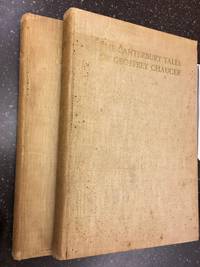 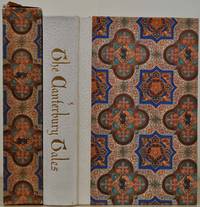 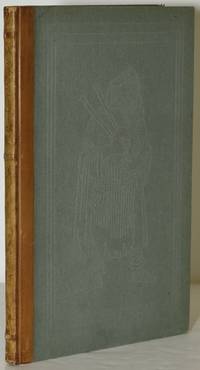 THE CANTERBURY TALE OF THE MILLER 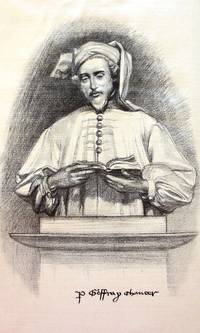 Even when they’re successful, some writers prefer to keep their day jobs. For example, Wallace Stevens was an executive at a Connecticut insurance company, and he believed that work kept the poetic spirit properly anchored. Goethe worked as an enthusiastic civil servant and administrator long after the smashing success of Young Werther. To this camp also belongs Geoffrey Chaucer, who stayed gainfully employed despite being a prolific poet. Chaucer’s day job, however, was far from the typical cubical-and-office grind. He worked in the court of the King. Geoffrey Chaucer was born to a prosperous family. While no aristocrat, his father was a successful vintner and wine merchant. His mother inherited a large amount of property, including 24 shops, when her uncle died. The Chaucers would have been regarded as upper middle-class today, if not elite. This status helps, certainly, when you want to get your son’s foot in the door of the professional world.

The Chaucers’ connections would get Geoffrey his first gig as a page for an aristocratic woman, and this position was the official start of Chaucer’s career in the upper crust of government and society. It was a career that would take him through a long roster of roles. He was a diplomat, administrator, courtier, and bureaucrat. His work abroad was both dramatic and formative. In France during The Hundred Years’ War, Chaucer was captured in the Siege of Reims. King Edward III paid his ransom. The ordeal did little to dissuade Chaucer from diplomacy, however. He traveled across Europe, and is believed to have formed a web of travel encompassing the Netherlands, Belgium, France, Spain, Italy, and beyond.

The Works of Geoffrey Chaucer, 7 Volumes

Scholars have speculated that Chaucer may have met Petrarch and Boccaccio while in Italy, but the evidence is far from conclusive. What is more certain, however, is that Chaucer’s travels on the continent fed his artistic spirit. In Italy, at the very least, Chaucer would have become deeply familiar with The Decameron and the heritage of Latin literature that influenced him. In addition to his many talents, Chaucer was also a revered translator of Latin texts such as Boethius’ Consolation of Philosophy.

In Italy, Chaucer oversaw the English establish their influence in the port of Genoa. At home, he spent the latter portion of life with a hand in nearly every respectable task around. He was the King’s valet and courtier, and was likely well-regarded. He was comptroller for eleven years, a long time for such a position. He would also be named Clerk of the King’s Works, research matters of law and state, and become a royal confidant, for which King Richard II is recorded to have meted out numerous awards to Chaucer, in forms of both cash and wine. A benefit of Chaucer’s civil service career is that his life is heavily documented. Shakespeare, though dying some two hundred years later, passed down very little that survives today. In contrast, Chaucer's life leaves behind some five hundred documents about his life and service to the King.

Since Chaucer’s life is marked by this peppering of documents, scholars have had a jolly good time filling in the gaps. One royal grant gave Chaucer the covetable gift of a gallon of wine every day for life, which some argue was awarded for his poetry, which his peers and even the King had come to appreciate.

Scholars have also labored to verify the legend that Chaucer was once charged for beating up a friar around Temple Bar on Fleet Street. But perhaps the great mystery is this: If Chaucer's great talent was poetry, and he made good money in pensions and savings, why didn't he quit to be an artist full time?

San Francisco: San Francisco, 1963. First edition, one of 450 copies. Color frontispiecce of a page of the Ellesmere manuscript of "Canterbury Tales, more than twenty facsimiles of pages from the principal editions, and a tipped-in original leaf from the 1561 edition itself. [8], 64 pp. 1 vols. Folio. Decorative red cloth boards with gold-gilt design to face and spine. Fine. First edition, one of 450 copies. (Offered by James Cummins Bookseller Inc.)

We do not know much about Geoffrey Chaucer’s attitude toward practical work and life in the arts, but we can assume he welcomed both. As a prolific poet and the first major writer of English vernacular, one imagines literature was not a mere hobby for him. Nor can we believe that a diplomat, royal agent, comptroller, bureaucrat, and high-ranking official saw work as a nuisance. Instead, we glimpse in Chaucer's biography a man of the world, one who loved both experience and action. Fortunately, much of that exuberant spirit can still be seen on the pages of The Canterbury Tales and beyond.

Pulitzer Prize-winning poet Paul Muldoon has been hailed by the Times Literary Supplement as “the most significant English-language poet born since the Second World War.” In addition to earning a ... [more about Paul Muldoon & Barry Moser Collaborate]