Tom Nealon runs the online rare bookshop Pazzo Books specializing in early printed books, cookery and literature. In his spare time he works on barbecue techniques in the test pit in his backyard. He can be found at pazzobooks.com and @pazzobooks on Twitter. 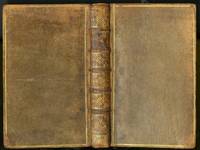 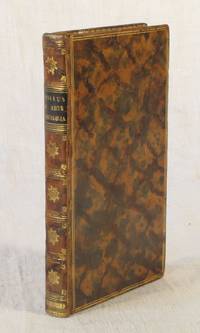 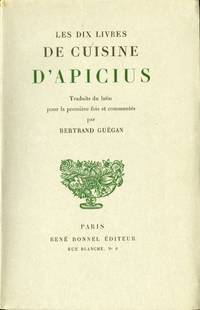 ABAA member Tom Nealon (Pazzo Books) specializes in early printed books and cookbooks, and has drawn on his knowledge of these areas to write a book on the history of food and its vital influence on the course of human history, Food Fights and Culture Wars: A Secret History of Taste. In this brief introduction, Tom Nealon explains what drew him to early cookbooks and food is connected with arcane secrets and the spread of the Enlightenment.

As fond as I am of eating, from the beginning it was the lies and artifice of food that grabbed me. About ten years ago, I had the idea to try to cook every food mentioned in Geoffrey Chaucer’s The Canterbury Tales (c. 1390). I think it arose from my interest in the scurrilous cook Roger, who would drain gravy out of pies to sell in the lucrative second-hand gravy market, but also that I had ended a run of bad restaurant jobs to open my used bookshop in Boston, Massachusetts, and I wanted to splice these two lives together. One of the first dishes that I cooked in preparation for my project was a thirteenth-century recipe for chicken, that was first taken off the bone, the bone cleaned and boiled, and, finally, the chicken rewrapped around the bone and fried in place to achieve chicken disguised to look like chicken.

I’ve long had a dilettante’s interest in the food of the Late Middle Ages – that is, from around 1300 to 1500. The food of these times is so foreign to our own: turtledoves, mutton, flagons of mead, and pork fat, which seems to appear in every dish. The cuisine was loaded with experimental oddities from the spice trade, and in a constant state of flux. I cooked a weird proto-blancmange held together with rice starch and almond milk, and a mashed-up pork dish called mortorio, a recipe from a fourteenth century manuscript. However, my attempts to find a peacock to skin, roast, and then present with the skin replaced so that it appeared as though I was serving a live, if motionless, peacock on a platter, were stymied by the fact that it is apparently illegal to kill peacocks. I tried Miami, where peacocks run free through residential neighborhoods, but was unable to bring myself to choke one to death. After cooking and writing about dozens of dishes from early cookbooks, and holding a few memorably strange dinner parties, I began to nurse a more general interest in the history of food. As my business succumbed to the pressure of the Internet and became less about selling used paperbacks than finding old and rare books, I began to buy the best examples I could find, with the (vague) intention of issuing a catalog of rare early cookbooks.

The very first printed cookbook – published in 1475, not long after the Gutenberg Bible, c. 1454 – announces what we should expect. Bartolomeo Sacchi’s (1421–81) De honesta voluptate et valetudine ('On right pleasure and good health') is composed almost entirely of untested recipes cribbed from Maestro Martino da Como’s (born c. 1430) Liber de arte coquinaria ('Book of the art of cooking'). Martino da Como was the most famous chef of the Western world in the fifteenth century, whereas Sacchi, known as Il Platina, was, in fact, not even a cook: just an itinerant humanist with some publishing connections at the Vatican (he also wrote a papal history). Il Platina added to Martino’s recipes advice on diet and medicine from classical sources to create a comprehensive book about food. The fifteenth century only saw this published and, in 1498, a printing of the fourth century Roman manuscript cookery written by Apicius, De re coquinaria ('On the subject of cooking'), but the sixteenth century ushered in a strange melange of books on diet, medicinal food, and books of secrets. The book of secrets had a long history in manuscript form, as people from the dawn of writing tried to keep record of tricks and recipes for such everyday tasks as making paint pigment, cleaning textiles, or mixing perfume, but also for creating aphrodisiacs, plague cures, and making sausages. The notion behind these books that the world could be better understood by travelling around and observing and cataloging its phenomena, had a huge impact on the science of the Enlightenment in eighteenth-century Europe. Two of the most popular secret books were The Secrets of the Reverend Maister Alexis of Piemont by Girolamo Ruscelli, first published in Italian in 1555 and reprinted in profusion (in French in 1557, and in English in 1558) for over two hundred years, and a book of secrets by the French apothecary and prophet Michel de Nostredame (1503–66), or Nostradamus, also published in 1555, in Lyon. Before becoming famous for his prophecies, Nostradamus collected recipes for his book of secrets, which featured an entire section on jams and jellies, including a ridiculously complicated and exotic jam devised to be so delicious that it would make a woman fall in love with you. The popularity of secret books was such that it took some time before cookery and secrets became disentangled, making it difficult to discern whether food or medicine was the more pressing concern in sixteenth-century Europe.

As I waded through these books, tracing the history of various ingredients from inception to popularity to neglect to complete disappearance, I saw how strange and complex these old books seemed under scrutiny, how shifting and sybaritic was the detail that emerged. Some ingredients spread like wildfire: during the Middle Ages, almonds and sugar were imported from the Middle East and suddenly appeared in every (upperclass) recipe, while saffron proliferated so rapidly that it was as though there were a royal decree that food be yellow. Some struggled to appear at all – the beloved tomato didn’t appear until the 1680s, and it was well into the eighteenth century before it was used with regularity. So much of what happens with food is never written down, never immortalized: all the evidence eaten, forgotten.

History Between the Pages

At Pazzo Books, the shop that I kept for years in the outer neighborhoods of Boston, MA and now run out of a two-story in-law addition in my home, I've learned that old books are funny things. Often y... [more about History Between the Pages]