John Waite is a specialist in Appraisals, Autographs, Documents, Manuscripts and Ephemera. John has a particular interest in the appraisal and placement of archives, large and small. 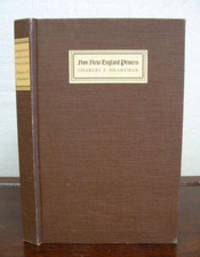 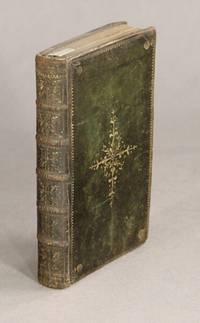 The Book of Common Prayer, and administration of the sacraments, and other rites...

by Church of England

Cambridge : printed by J. Baskerville, printer to the University , 1762
offered by Rulon-Miller Books

First Edition
Cat in the Hat, The 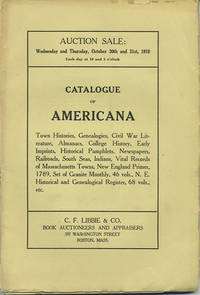 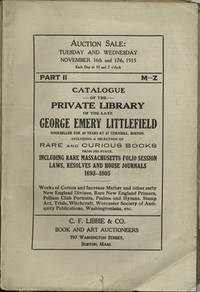 Catalogue of the Private Library of the Late George Emery Littlefield, Bookselle... 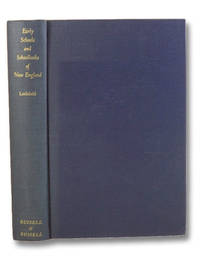 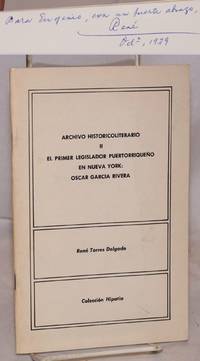 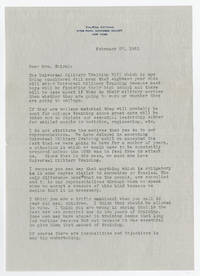 A rarity among rare books: The New England Primer Enlarged with an engraved portrait of George Washington attributed to Paul Revere.

Among Americana collectors, one of the most desirable class of books remains the 18th century New England Primer – 17th century examples being known, but entirely unavailable. The New England Primer was not only the first primary reader designed for use in the American Colonies – a cornerstone of early American education – but in the hundreds of editions that were produced, it was among the most successful educational texts ever published.

In his 1934 check-list of New England Primers, bibliographer and bookseller extraordinaire Charles F. Heartman recorded more than 450 editions published between 1727 and 1830, many of these printed in editions of thousands of copies. According to Heartman, even before 1727 there were likely “many thousands” of New England Primers printed, none of which survive. The Primer, he writes, was “practically an institution. It was, next to the Bible, the 'stock book' in the bookshops of the towns and the general stores of the village.” Due to its small size, its relatively modest cost to contemporary buyers, and constant handling by “not too careful” children, few of these once very common volumes remained intact for even a generation. Though literally millions of copies were printed by the first decades of the 19th century, only a tiny fraction survive today.

From the beginning, The New England Primer contained elements to instruct in both the practice of reading, and the formation of a moral and religious character. The first American edition of The New England Primer is known to have been published in Boston during the 1680s; for more than a half-century afterward the Primer was virtually synonymous with Boston printing and Puritanism.

The imprints varied, but content was fairly standard: an introduction to letters and the alphabet, vowels, consonants, double letters, syllables, and words of one to six syllables in length (“Lamb,” “vile,” “In-fant,” “la-zy,” “Dam-ni-fy,” “God-li-ness,” “A-bo-min-na-ti-on,” “Pu-ri-fi-ca-ti-on”). All editions contained a series of wood engravings to introduce letters of the alphabet and join them to some concrete image in a rhymed verse. Over time, the most consistent of these verses was for the letter “A” --  “In Adam's fall, We sinned all.”

Theological and moral values were introduced along with the alphabet, but as the child became more proficient at reading, various prayers, verses, maxims and lessons are added for study. These include the Lord's Prayer, the Creed, and the familiar “Now I lay me down to sleep...” recited to children at bedtime even today. Another standard feature was an engraving showing Protestant martyr John Rogers being burned at the stake in 1554. The final parts of the Primer contained a catechism or two. In Puritan New England, these usually were the Westminster (“Shorter Catechism”) and “Spiritual Milk for American Babes” or John Cotton's catechism.

But times change, and texts change in accordance with the times. This was true for The New England Primer as well. By the 1780s, the emphasis on character development still relied mostly on Biblical themes, but there is also a wider world of learning and experience that editions of the Primer have begun to incorporate, even in Boston. This expanded horizon for knowledge celebrates not only books and learning in and of themselves – a view anathema to the Puritan mind – but also champions worldly values such as patriotism.

One the rarest of late 18th century editions of The New England Primer was done between 1781-1790 – the precise date is unknown – by Boston printer Edward Draper for Benjamin Larkin, a bookseller and sometime publisher located at 46 Cornhill. There is special luster to this edition due to the fact it contains an engraved portrait of George Washington attributed to Paul Revere. It's possible the edition was published even as the Revolutionary War raged. Exactly how many copies are extant is impossible to say: there may be only one or two, or perhaps a few. But two things are apparent: (1) it is what the booksellers used to call excessively rare and (2) there will be an original copy available for sale during this week of book fairs New York.

Even at the turn of the last century, the book was a rarity. Heartman (392) notes a copy was sold by Libbie's (a Boston house) in 1908. That copy eventually may have made its way into the collection of New York textbook publisher George A. Plimpton, who gathered up many editions of the Primer. In fact, it was from Plimpton's own copy (lacking the final text leaf) that Ginn & Co. (which he headed) printed a facsimile of this edition in the first decade of the twentieth century. Since Plimpton's copy lacked the final leaf, the Ginn facsimile prints the final leaf in modern type. It should be noted the copy offered in New York is complete in original, if slightly battered boards. Since 1908, it appears no other copies are recorded at auction.

In regard to the attribution of the George Washington portrait found at the front of the volume, the most detailed narrative remains that of Charles Henry Hart in his Catalogue of the Engraved Portraits of Washington (NY: 1904) – which also reproduces the image. He writes: “The print that has so far eluded me … is of great interest on account of the distinguished career of its engraver, Paul Revere.” Hart asserts that Revere accomplished this engraving, in part citing for evidence a 1781 letter that Revere wrote to Mathias Rivoire (his cousin). In the letter Revere mentions he has enclosed a “small engraving” of George Washington and that “it is said to be a good likeness and it is my engraving.” Commenting on the letter, Hart reminds his readers: “We are so apt to regard the term engraving as applying only to that done on copper or steel that we have … overlooked the fact that Revere engraved not a little on type metal, and that his portrait of Washington could not have been signed or he would not have written, 'it is my engraving.'' Hart also notes that in 1781 the same “type-metal portrait” of Washington was used in Weatherwise's Town and Country Almanack published in Boston by John McDougall & Co. “Now,” Hart continues, “while I admit it is difficult to understand how anything so coarse and crude could be called 'a good likeness' … I believe this to be the 'small engraving,' by Paul Revere, that has been sought for, in vain, so long. It is after Peale's portrait and may have been copies from Norman's sheet almanac for 1780 … which it closely follows. The ornamental border is much in the same style of Revere's engraved work on his silver ware, as also on his ex libris plates, and is also quite like the head-piece of the Royal American Magazine, which Revere did engrave” (pp. xv-xvi).

Several decades later Clarence Brigham, former Librarian of the American Antiquarian Society, again took up the attribution question in his book Paul Revere's Engravings (1954). Referring to the portrait of Washington used in Weatherwise's Town and Country Almanack, he states: “The same cut from the same plate was again used in The New-England Primer Enlarged, printed at Boston by E. Draper, undated, but probably around 1781. There are two varieties of this Primer, differing in the border around the title-page. The same plate again did duty in a later New England Primer (about 1798 …) but in this cut of Washington, the title underneath was John Adams, President.” Weighing the judgment of Charles Henry Hart, Brigham lends his guarded assent. “Mr. Hart's opinion may be correct. The style of engraving in a way is like Revere's work, and the evidence of the letter to his cousin is interesting, if not conclusive.” Brigham states the American Antiquarian Society has the original Draper imprint with the portrait, but in fact AAS holds copies only of a twentieth century reprint.

While WorldCat records copies of this rarity at several institutions, the fact is that most if not all these entries are invalid. The copies recorded are overwhelmingly likely to be Ginn & Co. facsimiles, not the eighteenth century edition. Errors in correctly identifying and cataloging rare books, especially in cases where facsimile editions are present, are not uncommon.

If you are interested in this copy of The New England Primer, contact John Waite of John Waite Rare Books...

The Doctor, the Murderer, and the Governor

“Nothing is more important to medical science & no part of medical education in this part of the country is obtained with so much difficulty” as the study of anatomy with the use of cadavers. So w... [more about The Doctor, the Murderer, and the Governor]

Collecting the History of Early Television

We may be in the age of smart phones, tablet computers, and e-readers, but in sheer numbers, one household device still rules: television. Today in the United States, there are 2.86 TVs for every 2.5 ... [more about Collecting the History of Early Television]