I, Claudia: Women in Ancient Rome 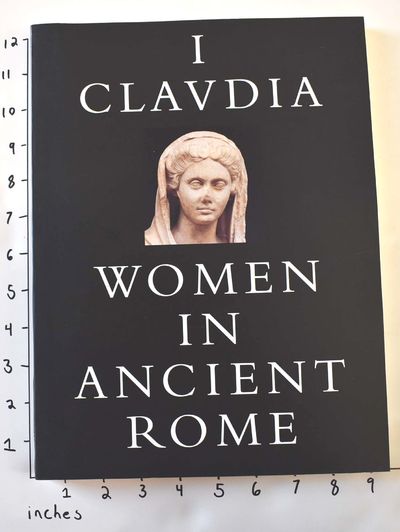 by Kleiner, Diana E.E. and Susan B. Matheson (Editors)
New Haven, Connecticut: Yale University Art Gallery, 1996. Paperback. VG (light scuffing to covers). Black card wraps with color image and white lettering. 228 pp. illustrated in bw and color. A comprehensive study of the lives of Roman women as revealed in Roman art. It concentrates on the evidence provided by portraits, reliefs, wall-paintings, architecture and decorative arts. The catalogue entries describe more than 180 works, and seven essays-by Natalie Kampen, Klaus Fitschen, Andrew Wallace-Hadrill, Susan Treggiari and others-discuss gender theory, portraits of empresses and princesses, the portrayal of women as goddesses and women's roles in society, the home, literature and artistic patronage. Catalogue from the traveling exhibition of September 1996 to June 1997, shown in New Haven, San Antonio, and Raleigh. (Inventory #: 162465)
$35.00 add to cart or Buy Direct from Mullen Books
Share this item