Opportunism and empiricism: Documents from the Socialist Labor League 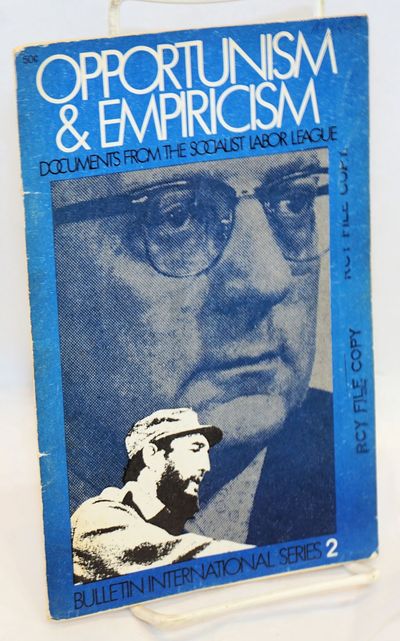 by [Socialist Labor League, National Committee and Tim Wohlforth]
New York: Labor Publications, 1971. Pamphlet. 62p., wraps worn, stamps on front wrap, rear wrap browned and worn, some internal handling wear, good condition only, 5.25x8.25 inches. Bulletin international series no. 2. On the dispute between the SLL and the SWP about Cuba, with the SLL criticizing SWP as abandoning revolutionary principles in its support of Castro. Letter from Jim Cannon to Farrell Dobbs about the Cuban missile crisis is appended as evidence of alleged craven opportunism. (Inventory #: 217515)
$12.00 add to cart or Buy Direct from Bolerium Books
Share this item