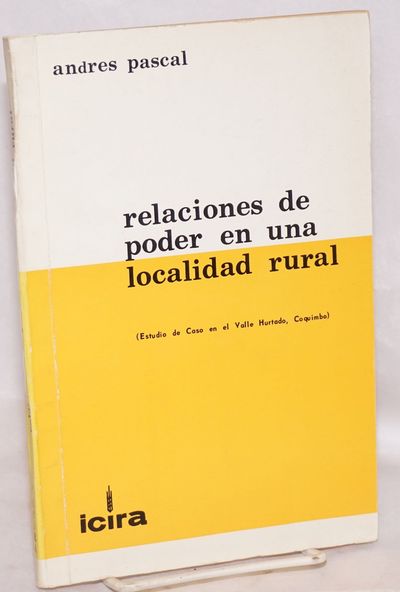 by Pascal [Allende], Andres
Santiago Chile: ICIRA, 1968. Paperback. 115p., illustrated with one line-map of the area plus tables and diagrammed "maps" of social-power relations, softbound in 9x6 inch cardstock wraps. Spine is a little faded and has a small wrinkle (binder's carelessness), mild external edgewear, inside entirely clean excepting a neat ownership signature on the front free endsheet. A sound nice copy. Text in Spanish. Nephew of Salvador Allende b.1944 (or '43, per one source), of Basque and Belgian descent (Wikipedia), Chilean marxist revolutionary by bent, later known as co-founder of MIR and, forced to flee the Pinochet coupists, a target of overseas assassination attempts. Resides in Cuba. (Inventory #: 217756)
$22.00 add to cart or Buy Direct from Bolerium Books
Share this item