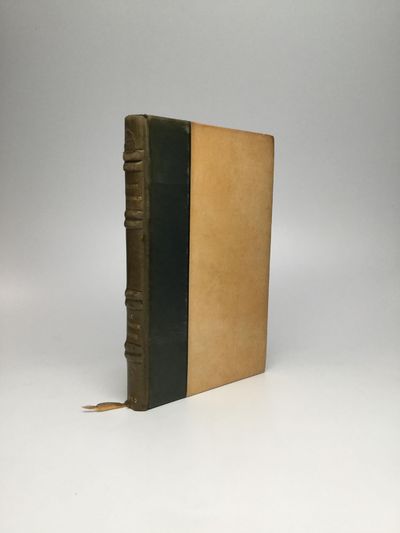 by Fitzgerald, Francis Scott
Paris: Gallimard, 1952. First Edition. Hardcover. Very good. The first French edition of The Last Tycoon, translated by Andre Michel. A roman a clef, following the Hollywood rise to power of Monroe Stahr, modeled after film producer Irving Thalberg, and his conflicts with rival Pat Brady, a character based on studio head Louis B. Mayer. The novel was unfinished and in rough form at the time of Fitzgerald's death at the age of 44. His close friend, literary critic and writer Edmund Wilson, collected the notes for the book and edited it for publication. In a mid-century one-quarter green morocco over buff paper binding, with six raised bands, gilt titles, matching endpapers, and a ribbon marker. The original paper wrappers are bound in. The spine is sun faded, with a small scuff near the spine head and some general minor edgewear to the boards; else very good. (Inventory #: 66104)
$100.00 add to cart or Buy Direct from Johnson
Share this item

by Aldrin, Buzz and Malcolm McConnell

YOU CAN WRITE CHINESE

New York : The Viking Press , 1945
(click for more details about YOU CAN WRITE CHINESE)
View all from this seller>