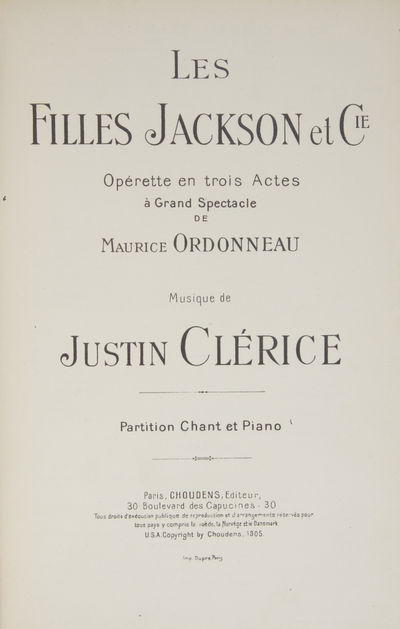 With an inscription signed by the composer to "Mademoiselle Arlette Dorg?re" dated January 1, 1906 to free front endpaper.

Binding slightly worn and bumped. First performed in Paris at the Th??tre des Bouffes-Parisiens on November 29, 1905 under the direction of Monza and Darcourt.