What is Senate Bill One? Why it must be defeated 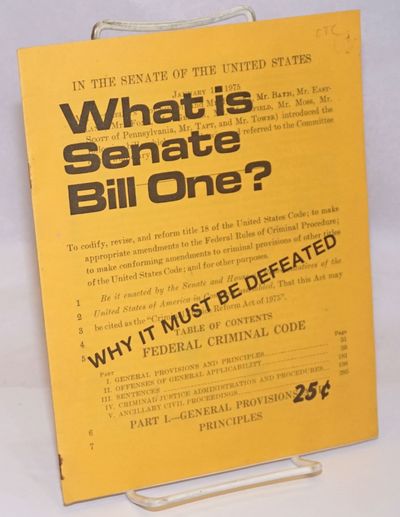 by San Francisco Committee to Stop Senate Bill One
San Francisco: San Francisco Committee to Stop Senate Bill One, 1975. Pamphlet. 13p., wraps, 7x8.5 inches, staples begining to rust else good condition. Protesting the Senate bill that increased sentences and reduce rights in the criminal justice system. 'The capitalist class must use extreme measures to maintain control of their economic and political system. S-1 represents a definite step up of efforts to control growing resistance of the people to the exploitation and brutality of capitalism." - p. 2. (Inventory #: 218695)
$20.00 add to cart or Buy Direct from Bolerium Books
Share this item