Voyages in the Arctic Seas (and) Arctic Travels. 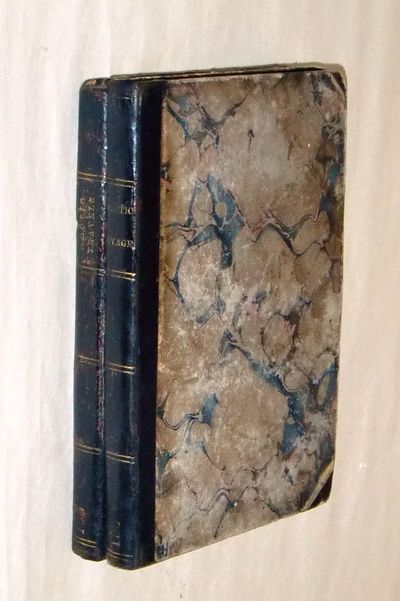 "Voyages" consists of extracts from Ross' 1818 voyage and Parry's voyages of 1819 and 1820. "Travels" covers the overland expeditions of Hearne, Mackenzie, and Franklin. Both are "recast in a question-and-answer style for young people." - Arctic Bib. 655, 656. See also Sabin 100841. These were apparently originally published in Dublin in the 1830s for the Sunday School Union. The imprint on these New York editions reads, "Published by Lane & Scott for the Sunday-School Union of the Metropolitan Episcopal Church..." Volume 1 bears the bookplate of engineer and businessman Edwin Stanton Fickes, and the pencil inscription, "A school book of Geo J and Henry H. Fickes used in the 1850s in Oskaloosa, IA. - ESF." Scattered foxing, but presentable copies in matching half calf over marbled boards. Labeled "153" and "!55" at base of spines. (Inventory #: 39691)
$150.00 add to cart Available from
Ten Pound Island Book Co.
Share this item