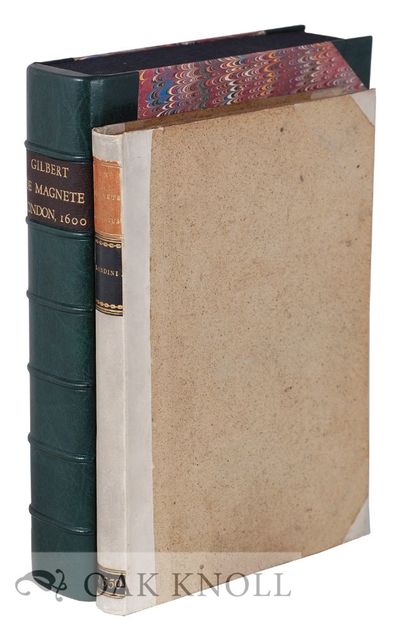 Handwritten corrections, thought to be in Gilbert's own hand, on pp. 11, 22, and 47, but not on 14 or 63 as in some other copies. Minor soiling to covers and minor wear to leather spine labels. Two ex-libris bookplates, one of "Liechtensteinanis" and a more recent bookplate of "Cornelius Hauck Collection, Cincinnati, OH" on front pastedown. Errata slip bound in correcting the error on the spine indicating the date is "1550" when it is in fact "1600". Occasional foxing throughout the text. Previouslly featured at an auction at Christies in 2006.

n.p. : Clinker Press, The , n.d.
(click for more details about FABLE.|A)
View all from this seller>