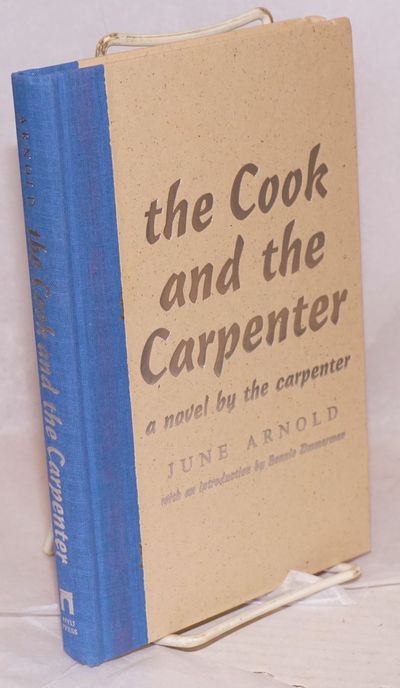 by Arnold, June, introduction by Bonnie Zimmerman, foreword by Karla Jay
New York: New York University Press, 1995. Hardcover. xxxiii, 180p., foreword, introduction, very good first edition thus in quarter-cloth boards and silvered titles. The original 1973 edition was Grier A** The Cutting Edge series: Lesbian Life and Literature, Karla Jay; series editor. Originally self-published in paperback under the aegis of Daughters, Inc. in 1973. Texas born writer who was part of the 1971 takeover of a building on the Lower east Side manhattan. This book deals partly with that event. At the time of publication of the original edition Grier listed the book as Carpenter but noted copyright as June Arnold. (Inventory #: 219286)
$75.00 add to cart or Buy Direct from Bolerium Books
Share this item