Darlinghissima: letters to a friend 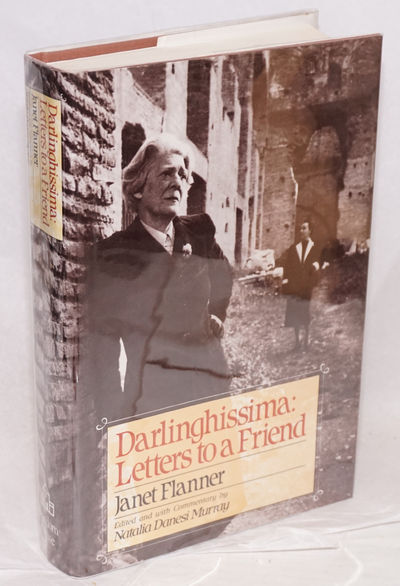 by Flanner, Janet, edited and with commentary by Natalia Danesi Murray
New York: Random House, 1985. Hardcover. xix, 507p., editor's note, introduction, index, photos, very good first edition stated number line ends in 2 as called for by Verkler and Zempel, in cloth boards and unclipped dj. Flanner was a fellow expatriot Hoosier. Her family was half of the Flanner-Buchanan Mortuary Service in Indiana. (Inventory #: 219238)
$12.00 add to cart or Buy Direct from Bolerium Books
Share this item