The way of the North, a romance of the days of Baranof 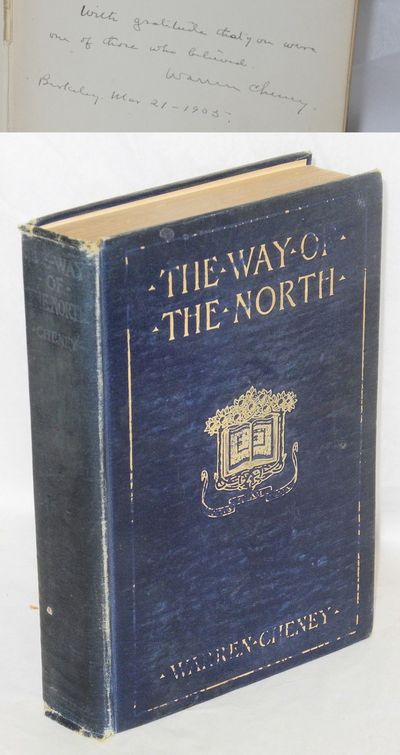 by Cheney, Warren
New York: Doubleday, Page & Company, 1905. 320p., hinges cracked, spine lettering totally eroded, decorations and lettering on front panel partly eroded, original blue cloth edge worn, inscribed by Cheney and dated in 1905, ex libris Anita Whitney with her ownership signature and book plate (Whitney was a leader of leader of the California Suffrage movement and later a founder of the California Communist Party), another previous owner's bookplate: "Donated by ... to the memory of Dad who fought in Spain with the Abraham Lincoln Brigade from 1936-1938, and to Mom who was always there for us." Deaccessioned (no library markings) from the national library of the CPUSA. Romance novel about early Alaska by a California author. (Inventory #: 109384)
$45.00 add to cart or Buy Direct from Bolerium Books
Share this item