Information bulletin. Vol. 1 no. 4-a [together with] Report on the trial of the Carabanchel Ten, by Eric Schmidt 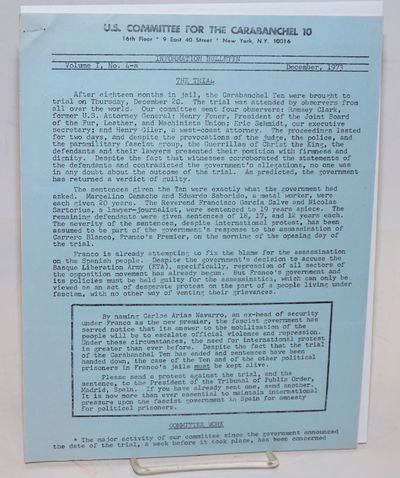 by US Committee for the Carabanchel 10; Eric Schmidt
New York: the Committee, 1973. Two mimeographed packets, stapled once at upper left, 8 and 6 pages respectively, both fold-creased, minor toning on one packet else very good. On the trial of trade union activists. Franco's premier had been assassinated on the first day of the trial. (Inventory #: 225868)
$35.00 add to cart or Buy Direct from Bolerium Books
Share this item