Across the great craterland of The Congo. A sequel to 'The Wonderland of the Eastern Congo' describing a journey of exploration and research to the land of the giant craters in Tanganyika territory, and to the forests, lakes, and volcanoes of the south-eastern Congo. With some account of the African apes, and the capture and training of the African elephant ... With an introduction by J. W. Gregory 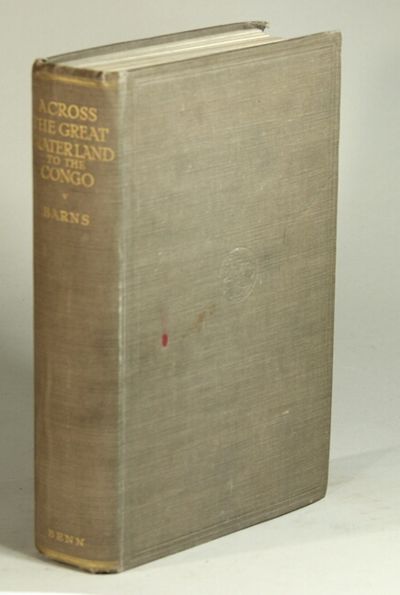 by Barns, T. Alexander
London: Ernest Benn, 1923. First edition, 8vo, pp. 276; 2 folding maps, 80 illustrations on 64 plates; original gray cloth stamped in gilt on spine; generally a very good copy. Czech, Africa, p. 13: "Barns was joined by noted rifle maker Sir Charles Ross on an expedition leaving Mombasa in 1921. The party hunted lion and rhino near the Ngorongoro Crater, then traveled to the Lake Kivu region of the eastern Belgian Congo ... Included among the photos is a snapshot of a poacher named Bowen with an elephant he bagged sporting a pair of tusks at 173 and 176 lbs." (Inventory #: 52645)
$172.50 add to cart or Buy Direct from
rulon-miller books
Share this item

A book of some alphabets conceived and printed by the Junior Class of calligraphy in the Graphic Design Program, Department of Art at the University of Illinois

Urbana, Illinois 1966
(click for more details about A book of some alphabets conceived and printed by the Junior Class of calligraphy in the Graphic Design Program, Department of Art at the University of Illinois)

Muscatine, Iowa : The Prairie Press , 1937
(click for more details about Sincerely yours. Poems)
View all from this seller>