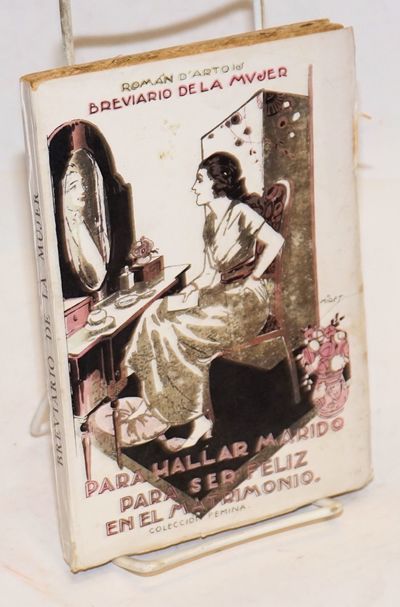 by D'Artois, Roman
Barcelona: Francisco Sintes Editorial Poliglota, 1922. Paperback. 177p., index, neat presswork on dreadful paperstock, paper is badly toned and many leaves splotchily foxed, expect untrimmed edges with many signatures (the last third of the text) unopened. Those that were opened are a little rough but we see no disasters. Paperbound in 7.5x5 inch glazed white stock, versos foxed; good cover illustration, no ownership or other markings, all in all a good copy. Coleccion femina. (Inventory #: 225932)
$25.00 add to cart or Buy Direct from Bolerium Books
Share this item

Fascists at Olympia: A Record of Eye-Witnesses and Victims

London : Victor Gollancz , 1934
(click for more details about Fascists at Olympia: A Record of Eye-Witnesses and Victims)