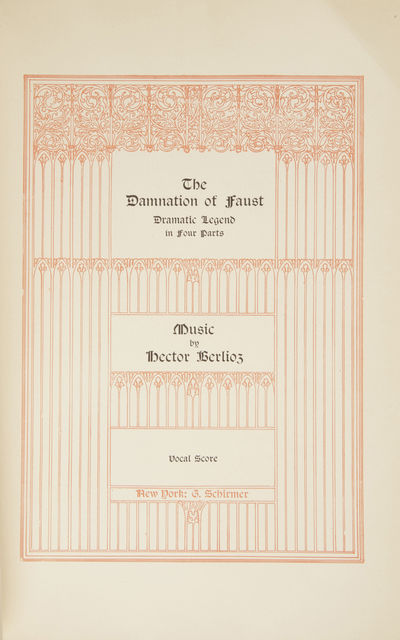 In four parts to a libretto by the composer and Almire Gandonnière after Gérard de Nerval's French translation of Johann Wolfgang von Goethe's Faust, Le Damnation de Faust was first performed in concert in Paris at the Opéra-Comique (Salle Favart) on December 6, 1846 and as a fully staged opera in five acts by Raoul Gunsbourg for the Monte Carlo Opéra on February 18, 1893. (Inventory #: 29519)
$30.00 add to cart or Buy Direct from
J. & J. Lubrano Music Antiquarians
Share this item

1804
(click for more details about Manuscript collection of over 20 pieces, mostly from English operas, most for voice and keyboard, some for keyboard solo)