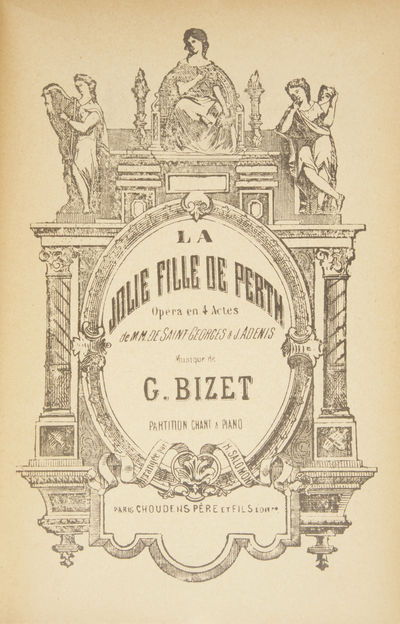 "La jolie fille de Perth was commissioned by Carvalho, director of the Théâtre Lyrique, in July 1866, the choice of libretto being fixed by the terms of the contract. The commission confirmed Carvalho's faith in Bizet following Les pêcheurs de perles in 1863 and the unfinished Ivan IV in the intervening years. The librettists were experienced men of the theatre, especially Saint-Georges, yet the libretto is notoriously free in its treatment of Scott's novel and loose in its dramatic structure. Bizet was well aware of its faults and was unenthusiastic about the verse, yet he set to work with great energy and completed the score before the end of 1866." Hugh Macdonald in Grove Music Online. (Inventory #: 29500)
$33.00 add to cart or Buy Direct from
J. & J. Lubrano Music Antiquarians
Share this item