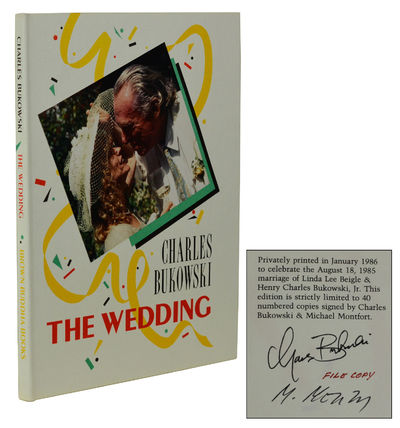 by Bukowski, Charles; Montfort, Michael
San Pedro: Brown Buddha Books, 1986. First Edition. Hardcover. Like New. First edition. Publisher's paper covered boards, in original acetate, with 11 photos tipped in taken by Michael Montfort documenting Bukowski's wedding to Linda Beighle. One of an entire edition of 40 copies, this one is out of series and labeled "file copy," signed by both Bukowski and Montfort on the limitation page. First issue with the bride's name misspelled in the colophon as "Beigle" and the photograph of her kneeling to mend Bukowski's pants, which was later replaced after her objections by an image of the couple dancing. A Fine copy, nearly flawless. Listed in Al Fogel's list of top 20 rarest Bukowski, with the added scarcity of being a file copy. (Inventory #: 180715018)
$5,000.00 add to cart Available from
Burnside Rare Books
Share this item
Burnside Rare Books
Offered by

Portland, OR : L.M. Berry , 1977
(click for more details about Black Retrospect)
View all from this seller>