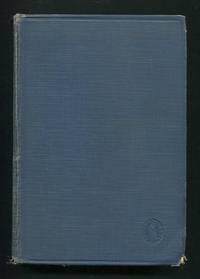 by Benoit, Pierre (translated from the French by Angelo S. Rappoport)
New York: International Publishers. Poor. 1926. First American Edition. Hardcover. (no dust jacket) [a reading/reference copy only, heavily worn, front hinge cracked, boards exposed at bottom corners, missing ffep, need I go on?]. Novel about "a Jewess born in the slums of a Levantine seaport [who] becomes a courtesan, selling her favors in the shabby cabarets of Eastern ports." The book was filmed under the title A DAUGHTER OF ISRAEL in 1928, a late silent starring Betty Blythe, of which the New York Times opined that "the most interesting point about it is that it was filmed in the countries of its backgrounds, which include Turkey, Egypt, Palestine and France." Regardless of that, it seems to have been a pretty dull affair: "It was made some three or four years ago, but it looks even older." (And in 1928, that was pretty damning criticism.) About the only thing to recommend this badly-treated copy of a relatively scarce book is that the front panel of the dust jacket has been affixed to the front pastedown (inside front cover). . (Inventory #: 23983)
$25.00 add to cart Available from ReadInk
Share this item
ReadInk
Offered by