New Hampshire’s Reverend Page Writes A Fiery Anti-British Sermon After The Passage Of The Stamp Act: “We Have Been Involved In A Controversy Of A Most Interesting Nature With Gt. Britain…Laws Binds On Ye Colonies In All Cases Whtsover Passed Many Grevious Acts Tends To Destroy Our Constitution Rob Us Of Our Freedom & Subject Us To A State Of Inglorious Servitude…Some & Not A Few Of Our Br Have Fallen In Battle Whose Memories Are Dear To Us For Having Fallen In Defense Of Yr Country – Unwearied Pains Have Been Taken To Rouse Ye Savages Of Ye Wilder & Against Us…It Is Not Enough Yt Gt Britain Drove Out Our Pious Ancestors By Ye Iron Rod Of Tyranny…We Consider Also How Many Undeniable Proofs Ye American Colonies Have Given Fm Ye Beginning Of Yr Loyalty & Firm Allegiance To Ye British Kings…How Cruel Must It Appear In Ye Mother Country To Attempt & Endeavor To Deprive Us Of Ours So Dearly Bo’t & Unforfeited Liberty & To Reduce Us To Servitude & Bondage…” 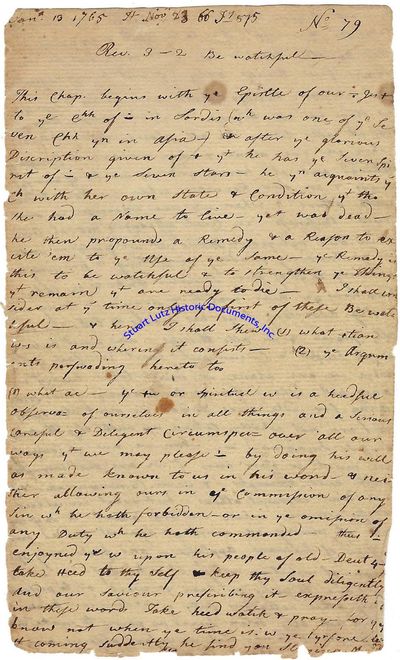