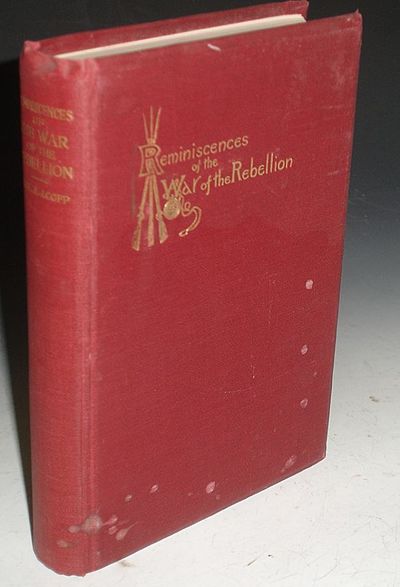 by Copp, Elbridge J.
Nashua, N.H.: Printed By the Telegraph Publishing Company, 1911. First Edition. Octavo. 536 pages, iv, including illustrations, plates, portraits, frontispiece. Besides an important firsthand account of Elbridge Copp who was the youngest commissioned officer in the Union Army (a few months after his eighteenth birthday). Detailed accounts of joining Sherman's March from Savannah north including Port Royal, Charleston, Pocotaligo, and Virginia. Photographs of various officers, details of the yellow fever epidemic. He notes the importance as they now were given Spencer Repeating Rifles which he said disheartened the Confederates who said: "They can load the rifle on Sunday and it fires all week". (actually, it was 7 repeating shots with less than 30 seconds to reload). Inscribed: "To Charles S. Flanders, compliments of the author." Bound in maroon cloth lettered and decorated in gilt. A few spots on the cover else a very good copy on an important book. (Inventory #: 025981)
$300.00 add to cart or Buy Direct from
Alcuin Autographs
Share this item