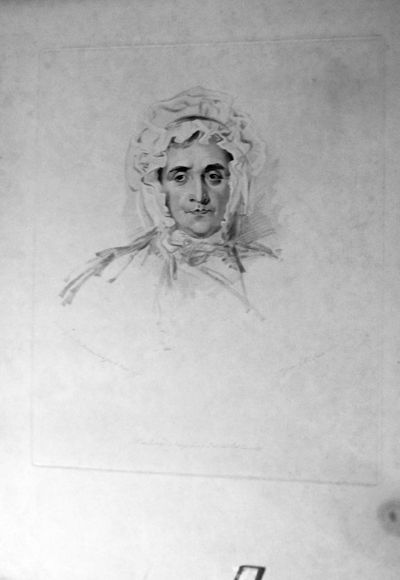 by Lawrence, Thomas (Sir)
Pall Mall East, London: Colnaghi Sons. Two plates. Very good. Two portraits drawn by Thomas Lawrence of his mother dated 1797, one colored, one lightly tinted. 38 x 30 cm. and 42 x 29. cm. respectively. The latter carries the penciled notation and description. Lawrence's reputation was well established by 1791 when he was elected an Associate of the Royal Academy. The Colnaghi business, a renown purveyor of prints to the carriage trade moved to Pall Mall in 1786, and to Pall Mall East in the 1830's. The separate penciled Colnaghi inscription is dated, but only the first two digits (18) are discernible. Slight toning to the colored plate, mostly marginal, small stain lower right corner border of tinted plate, below image area. (Inventory #: 21821)
$650.00 add to cart or Buy Direct from
Roy Young Bookseller
Share this item
Roy Young Bookseller, Inc.
Offered by

Tracts Consisting of Observations About the Saltiness of the Sea: An Account of a Statistical Hygroscope And its Uses: Together with an Appendix about the Force of the Air's Moisture: A Fragment about the Natural and Preternatural State of Bodies ; To all which is premis'd A Skeptical Dialogue About the Positive or Privative Nature of Cold: With some Experiments of Mr. Boyle's referr'd to in that Discourse