EXTRACTS FROM THE RELIGIOUS WORKS 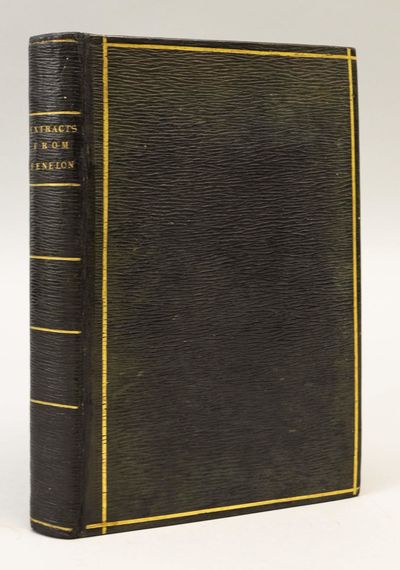 The typically bucolic fore-edge scene here--boat in tranquil water, stately building occupying center stage, trees all around, puffy clouds--stands out for the level of achievement in execution by the artist. The clouds are painted in a delicately applied range of shades, so that they are very convincing; there is considerable architectural detail visible on the side of the church; and it seems as if one can almost see individual leaves in the trees. These features are all hallmarks of the work of the so-called "Dover Painter," the name given by Jeff Weber to the artist who produced very high quality painted fore edges in the 1920s and 1930s. He did work for the famous London bookseller Marks & Company, for Dawson's Bookshop in Los Angeles, and for J. W. Robinson Company, the Los Angeles department store. Estelle Doheny (1875-1958), whose library comprised one of the great collections of the 20th century, bought actively from Dawson's, and Weber estimates that approximately half of the very considerable number of especially fine fore-edge paintings in the Doheny collection in Camarillo, California, were done by the Dover Painter. As the fore-edge painting here evokes a feeling of serenity, so too does the content, religious meditations by François Fénélon (1651-1715), priest, writer, and tutor to King Louis XIV's grandson, for whom he composed his best-known work, "The Adventures of Telemachus.". (Inventory #: ST14310f)
$1,248.00 add to cart or Buy Direct from
Phillip J. Pirages Fine Books
Share this item

FROM A LARGE BOOK OF HOURS IN LATIN

France first half of 14th century
(click for more details about FROM A SMALL PSALTER-HOURS IN LATIN, WITH IMMENSELY CHARMING MARGINALIA)
View all from this seller>