Seven discourses delivered in the Royal Academy by the president 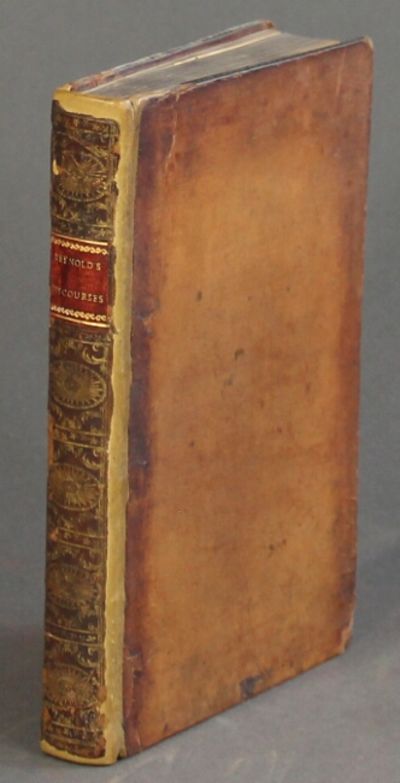 by [Reynolds, Joshua.]
London: T. Cadell, 1778. First edition, 8vo, pp. [8], iv, [5]-326, [2] ads; contemporary full calf, rebacked with original gilt-decorated spine laid down, red morocco label; waterstain on bottom edge, not seeping into textblock, corners worn, very good. This copy with three bookplates, including one each of the indexers and authors Henry B. Wheatly and Benjamin. R. Wheatly. The Dedication to the King, occupying 4pp. was written by Johnson, and DNB suggests that the Discourses "probably received some polish from Johnson, Burke, Malone, and others before they were published." Chapman & Hazen, p. 154; Courtney & Smith, p. 129; Fleeman 78.5RD/1a; Lowndes, p. 2078; Rothschild 1740. (Inventory #: 53409)
$460.00 add to cart or Buy Direct from
Rulon-Miller Books
Share this item