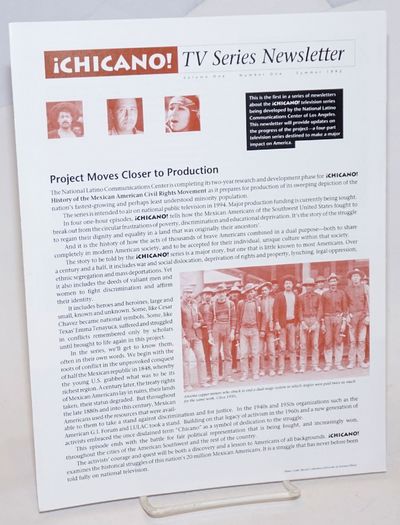 Los Angeles: NLCC/National Latino Communications Center, 1992. Six-panel newsletter folded to 8.5x11 inches, photos, stills, reports, advisors, production team etc. very good on heavy slick stock. First of a planned series of newsletters reporting on the progress of the Center's project of at least 4 episodes of a series covering the History of the Mexican American Civil Rights Movement planned for 1994 (it was finally completed in 1996) The four episodes are available on Kanopy through local libraries. (Inventory #: 234200)
$15.00 add to cart or Buy Direct from Bolerium Books
Share this item