Close Encounters of the Third Kind (Signed by Steven Spielberg) 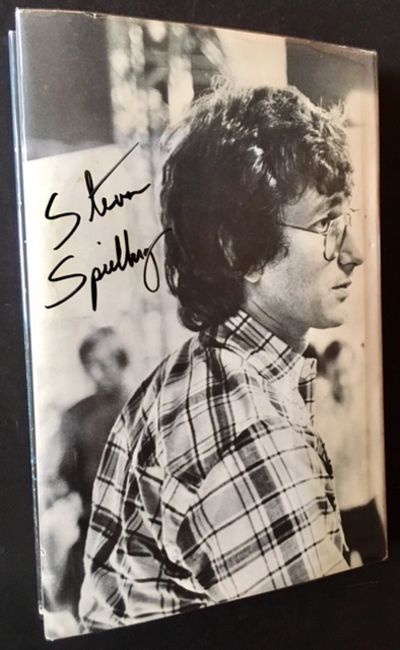 by Steven Spielberg
New York: Delacorte Press, 1977. Boards. Very Good +/Near Fine. SIGNED IN A STRONG, FIRM HAND BY STEVEN SPIELBERG on the dustjacket's rear panel. A clean, unsmudged, completely legible example of this surprisingly uncommon signature --and on a copy to boot of his own novelization of one of his early triumphs. A tight, solid copy of the 1977 Book Club edition, with very light foxing along the fore-edge. And in a crisp, Near Fine dustjacket, with its full-page rear photo of Spielberg (on which he signed his name). Octavo, Spielberg's wonderful follow-up to "Jaws" and predecessor by 5 years to "E.T." (Inventory #: 16798)
$2,500.00 add to cart or Buy Direct from Appledore Books
Share this item
Appledore Books
Offered by

One Morning in Maine (3rd printing, in Dustjacket)

New York : The Viking Press , 1954
(click for more details about One Morning in Maine (3rd printing, in Dustjacket))

Basel, Switzerland : Roths' Verlag , 1988
(click for more details about Sketchbook 83)
View all from this seller>