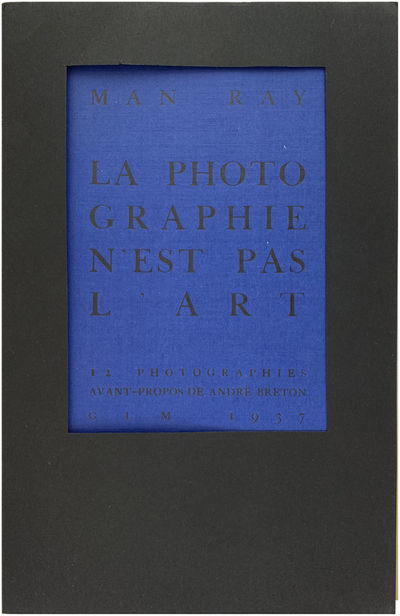 by MAN RAY
Paris: GLM, 1937. Light crease to the top edge of the plates, else fine in wrappers, black cutout wrapper. The Frary copy, sold at Christie's on April 10, 2008. Housed in a custom clamshell box.. First Edition. Octavo. SIGNED by Man Ray. Twelve halftone plates and five sheets of text (by André Breton), unbound as issued, laid into blue wrappers and an outer black wrapper with a cutout window (often missing or damaged). Described by Parr as "Duchampian ready-mades." (Parr / Badger, v1, 108-109). (Inventory #: 24615)
$9,500.00 add to cart or Buy Direct from Harper's Books
Share this item
Harper's Books
Offered by

The Landing of the French Atlantic Cable at Duxbury, Mass., July, 1869