Progress of the Triangulation Between Western Nevada and the Pacific Coast 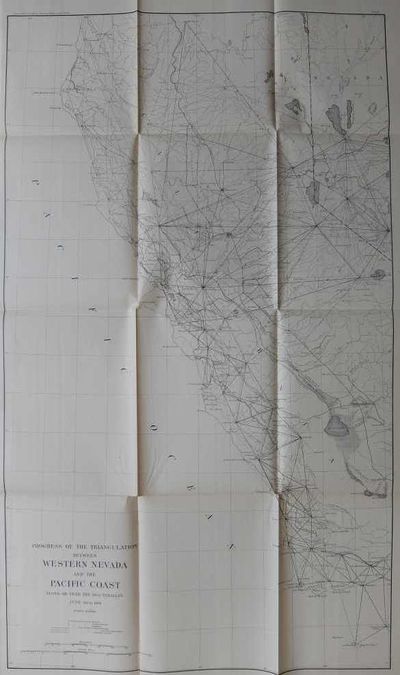 by MENDENHALL, Thomas Corwin
Washington: U.S. Coast & Geodetic Survey, 1891. Map. Lithograph. 40" x 24". Very detailed map of the western coast of the United states from San Buenaventura (showing San Nicolaus Island) up through San Francisko to Trinidad Head, California and the Klamath River. The western portion of Nevada is visible, showing Aurora and Mt. Grant in the south, and the Black Rock Desert in the north, about as far north as a half a degree above the 41st parallel. Cities, towns, mountains, rivers, railroads, canals, etc. are noted, as well as triangulation lines across the map. The U.S. Coast and Geodetic Survey was first established in 1807. After the Civil War, the bureau took responsibility for mapping and conducting geodetic surveys of the interior of the expanding country. The beautiful quality of this map of California and Nevada attests to the fascinating history and hard work that lay behind it. (Inventory #: 289063)
$350.00 add to cart or Buy Direct from
Argosy Book Store
Share this item